Friday Flowed As If a River

Today's been quite the magic day.Today, a true friend touched my heart and at the same time, offered me a really good chance at a huge career EVOLUTION. And it's his dream., but he wants me in it.

In any case to sum it up, let's just say Karma switched on lights in cellars of confidence and dream. After our timeless Nostrildamic conversation, I remember like it's happening still, I just stood there stunned in the Friday afternoon Uptown sun, head all abuzz and days ahead affected, like animated Disney bluebirds circling over my cartoon-violenced lumphead. 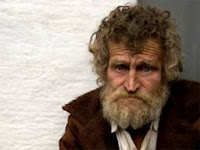 I shall go with you, and
thank you for the faith.

There is more. A while later, stuck in traffic at a relight, here He comes again. Karma, with a cardboard sign, walking hobbled between the separate worlds of cars in isolated streams of standing stillness. You see at the time I didn't know it was Karma incarnate. But I do know now. He waddles closer and ... no idle human in a leather seat nearby even looks directly at him, or instead looks busy behind the wheel the moment he passes by the reflective glass dividers of condition we driver-side windows.  Thank Heavens they can close. 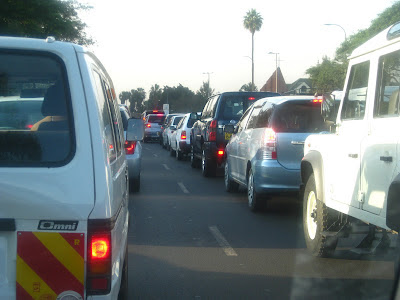 Ha! All that direction, all that trajectory - automobiles, and they're all just glass and mirrors taking us where we look to go. Anyway, he was a Black guy with white whiskers, looking 70 for 45 - and shaking to and fro a cardboard testament to 'please give.' Not even thinking, I TELL YOU IT"S NO LIE, I said angrily to myself out loud over the radio, "Oh you know what..." and remembered the two soggy singles in the divides of my my wallet.

I rolled down the window passenger-side,  and called him over with a "Hey,", then said all I have is two singles. He took them, as if expected, and he simply said "God Bless." So why does this feel strange? Why is it so weird? I never do this! All the other drivers look on. Something just happened. They looked and they weren't the one. I was "someone" in their story. Maybe over chicken dinner, maybe over beer, but it will be told.

So right after handing him the bills I put the wallet back and prepared my pedals for the turn of green. In doing so, I glanced in my side-view mirror. And the the rear. Gone! The man who could not be more than two cars down was gone. Oh over to the side, you say, because the light was about to change. Nope. I looked, Not there. Some will say surely he ducked behind a car. But I know differently. Some things just appear. They appear, and if you do not interact with them they vanish. And those are the conversations with the Beloved you can never have again.

Some things you just do automatically after it has been done to you, and that counts the most my friends, for love and compassion for our friends and neighbor. What a virus to be.