There's nothing like opening a can of worms. Especially when you're fishing. Today marks a remembrance of the 9-11 terror attack on the World Trade Center, eight years to the day. The Net is filled with "never forget" and "I remember where I was," but not many sparks of "I wonder if that's the right story." 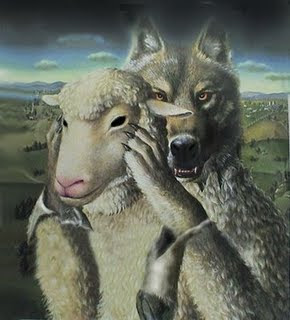 Beside the heaps of other anomalies, I guess my biggest question remains - if it was Saudis who hijacked the planes, why did Bush kiss and hold the hand of the Saudi King later on TV, yet declare war on two other countries that had nothing to do with the event in question? And just as many deaths later, why do we even think "the wars in Iraq and Afghanistan" will net us justice for this atrocity?

When we hint that this awful moment in history was not what the official Commission say it was, it amounts to some sort of a scandalous treason and that's plain wrong. People can't handle any other story. Don't fall into the default trap though. They want it polarized. If you know it's a crock, they want you to say "the government did it."

Why would the government kill its own people? No, not the government. But those running the government. Big difference. We need to be open minded to the fact that the world is not as it seems. On a global scale, countries, currencies and religions are just imaginary playthings. Wealth, power and royalty are not. These remain as rock-solid as a pyramid since the dawn of civilization.

So, red and blue heroes, may you rest in peace. Your true heroism will never be forgotten. To the burned and buried victims and to their grieving families, may the poppies someday wear off on our way to the Wizard, your aching pain finally healed, and the awful lingering ash from that day cleared from the sour air of history.


Deek Jackson has pre-released this tune from his upcoming piece entitled "911: The Musical." In parody, hints of blue sky through woolen clouds.